After hearing a short solo set of mine at Cross-Linx Festival back in February, Andrew Bird named my Schoenberg as one of his favorite recent finds in an interview with Magnet Magazine .. I’m extremely humbled with this mention by one of my big singer/violinist inspirations ! 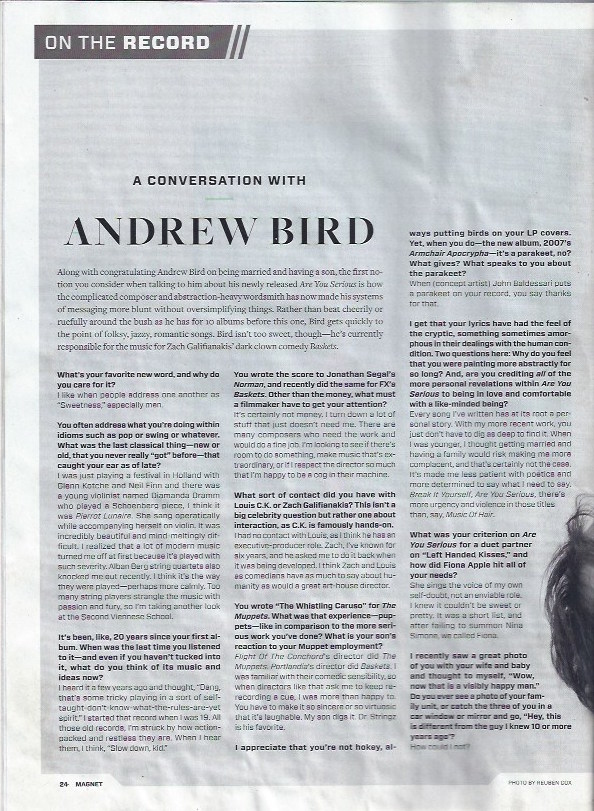 AB : “…I was just playing a festival in Holland with Glenn Kotche and Neil Finn and there was a young violinist named Diamanda Dramm who played a Schoenberg piece, I think was Pierrot Lunaire. She sang operatically while accompanying herself on violin. It was incredibly beautiful and mind-meltingly difficult. I realised that a lot of modern music turned me off at first because it’s played with such severity. Alban Berg string quartets also knocked me out recently. I think it’s the way they were played-perhaps more calmly. Too many string players strangle the music with passion and fury, so I’m taking another look at the Second Viennese School…”